The Biblical Heroine Who Used Seduction To Save Her People 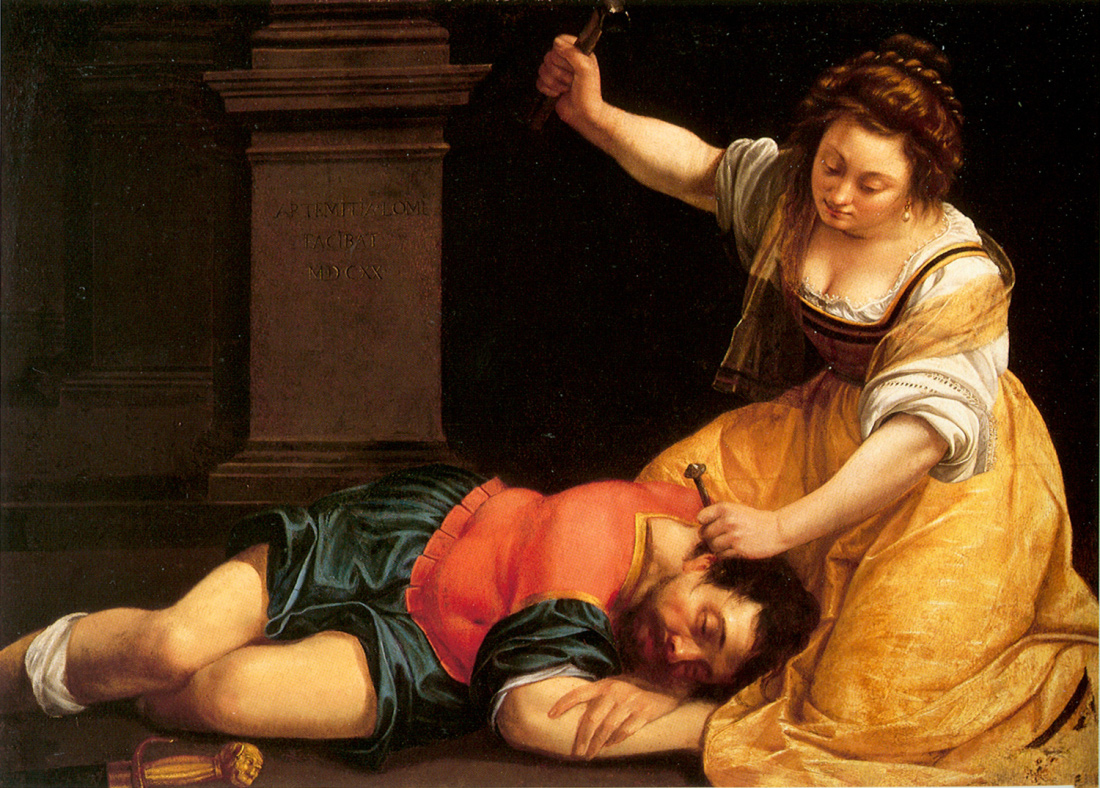 The story of Judith is told every Hanukkah as top spinners with four sides called dreidels are played by children and steaming fried potato cakes are eaten at family dinners, along with various dairy products including grand cheese. What’s with all the cheese? It all goes back to the legacy of Judith, a beautiful woman in Jewish history whose story constantly rekindles confidence, heroism, strength, meaning, and inspiration. She was a woman of great valour who knew how to balance modesty with seduction, feminism with heroism, righteousness with supposed sin, all with a face of innocence and a vital plan to save the Jewish nation.

Judith is the first woman in Jewish history to have a scroll written about her,  the only other being Esther, the Queen of Persia and heroine of the Jewish holiday of Purim. The story of the scroll is a mystery that is still told from father to son.

Judith’s story took place during the time the Greeks ruled over Israel. One of their evil decrees was that every virgin Jewish woman must sleep with the high general, Heliphornus, before her wedding day. Israel was desperate. They felt broken under the many evil decrees and were about to surrender to the Greeks. Judith, also known as Yehudis, saw the desperation of her nation. “How could we surrender?” she cried. “If we have faith in One God we must never give up.”

Yehudis literally took the entire nation into her own hands. She was a special woman with high stature, the daughter of Yochanan, the high priest. One opinion states that she was the sister of the Maccabees, the five brothers who brought about the victories of the war of Hannukah. Though, that does bring conflict with the different opinions about what time period her story took place in.

I can imagine how Yehudis beautified herself, smearing coal under her eyes for eyeliner and wearing her most splendid royal emerald dress with a large lace belt accentuating her womanhood. She packed a woven basket with old wine and grand cheese, knowing that this would bring Heliphornus, the general, into a deep stupor and she would be able to kill him swiftly with his own sword and bring victory and freedom to Israel, her beloved nation.

She would need to leave her grounds posed as a seductress in order to get through the guards and into the palace. I can imagine her determination and heart burning with displaced shame. I am a dignified woman! I do not want to sleep with the general! I want to keep my dignity and honor!

Though, with her head determined and in the right place, she held her head up high. This was a holy and beautiful mission. She would bring victory to Israel, just like Yael did in the times of Deborah the Prophetess.

Yehudis’s marriage status is of several opinions. One opinion states that she was a widow. She was mourning the loss of her beloved. Another states that she was single, having never been married. There are also two opinions about what exactly happened inside the palace walls. Did she sleep with Heliphornus? Or did she keep her honor and was saved the disgrace of sleeping with a man forbidden to her? It is unknown what happened inside those four walls.

With all the different opinions, we know one thing for certain: Yehudis the Wise knew the secret to life. Every right action has a time and place and sometimes the wrong action is actually the right one.

We must take into consideration that, even when we do the wrong action at the right time and place (hence the right, but forbidden thing to do) there are consequences that are to come. We learn this from Yael, the woman who brought Sisera into her tent. Sisera, Israel’s enemy, was seeking refuge from the war Deborah the Prophetess led with Barak against the Philistines. Yael welcomed him with fake concern and safety. He rambled on about the war and how he had been searching for refuge for days. How happy he was to find her! Yael walked him into the tent, enfolded him in a soothing hug.

“You must be very hungry,” she said. “I don’t have any food prepared at the moment, but why don’t I give you some milk in the meanwhile.”

She went to get him fresh milk, which he drank thirstily, as he had not drunk anything in days. Yael’s plan to kill Sisera was about to fail. She could not soothe him enough to sleep, so she used the same secret Yehudis would use later on. She used her body, this time in intimate relations, to soothe Sisera and lull him into a deep sleep. Once he slept soundly, she did something violent, yet victorious indeed. She took her tent peg and drilled it into his temple, bringing victory to Israel.

Yael’s deed was righteous. She was a courageous woman who risked her life for Israel. She took responsibility that wasn’t hers to take and saved an entire nation. Even with all of the right intentions she performed her sexual act with, she still needed to rectify for her sin. According to Rabbi Menachem Azarya in his book, Reincarnation of Souls, Yael’s soul spark was then reincarnated into Yehudis who would be the second woman to bring victory to Israel. Yet, this time it would be done without intimate relations. This would rectify her sin.

From this, we learn that, even when the wrong action is right to perform, we can not take a free-for-all attitude and need to be cautious with the actions we perform. Both Yehudis and Yael were beautiful women who used their bodies to bring victory to an entire nation. As women, we have extraordinary power with our bodies. As history shows, there is great victory in using our womanhood properly. If we all use our bodies right, there is no stopping what we can do.

Devorah Goldstein is a captivating writer who has been freelance writing professionally since 2014. She specializes in reviews, blogging, content, and personal anecdote writing. She has appeared on the Times Of Israel blog and Jewish Community Watch. You can find more of her work here.