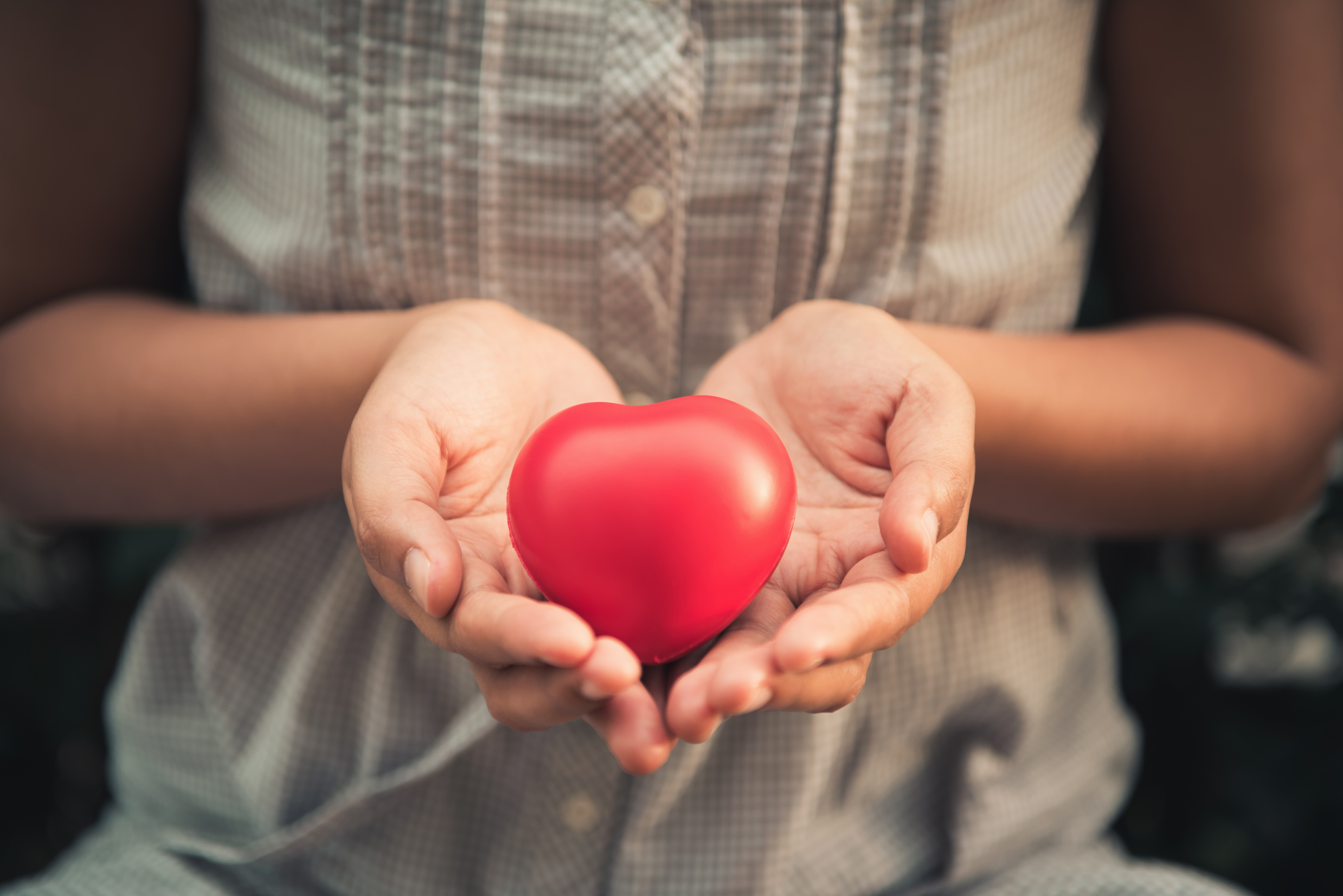 “Man has been granted this sublime power of giving, enabling him too to be merciful, to bestow happiness, to give of himself. ‘God created man in His own image.'”

-Rabbi Eliyahu Dessler, “The Discourse on Lovingkindness, or Giving and Taking”

For the first two years of our marriage, my husband, Daniel, dropped me at work on the way to his own job. When I got into the car on the morning of my 26th birthday, I found a little box on the passenger seat.

“What’s this?” I picked up the box and sat down.

“Happy birthday, Honey!” Daniel said, followed in a rush by, “If you don’t like it, we can exchange it for something else!”

(Immediately, I regretted my harsh reaction to last year’s birthday gift.) Popping the lid on the container, I discovered a sparkly blue pin, shaped like an abstract sprig of flowers, nestled on a piece of tissue paper. “I love it!” I squealed.

Furrows appeared in my husband’s forehead. “If you don’t like it–”

He whole face relaxed. “I’m so glad! I walked into that shop you like in the mall and told them my budget and that your favorite color is blue.”

Not only did that twinkly cobalt blue pin make me happy in the moment, but I still wear it nearly 18 years later.

I’ve received other “perfect fit” gifts over the years. I have a friend who has knack for picking presents I will actually use (a scarf the right color, a kitchen item that is used to prepare a dish I like), and friends who have dropped by my home to watch my kids at exactly the moment when I was most desperate for help. And there was that time when my uncle visited from out of state right after my father had died, when I was living somewhere where no one around me had ever met my father and I felt totally alone. That time he knew what I needed, even when I didn’t.

In Hebrew, giving items or deeds perfectly matched for the needs or desires of the recipient is called chessed. Chessed is considered, according to Jewish thought, to be an essential characteristic of God, and by giving to the humans around us, we thereby become more Him. Performing true chessed also requires that you give without expectation of thanks or reward.

Much of the time we think we are giving, we are actually taking–and thus, not doing chessed. How often do we perform a favor for someone, expecting they will return the favor at a later time? How often do we give a gift to someone in order to impress them–or to make us feel like we are “good people?” How often have we offered to help someone out, but in such a way that inconvenienced other people?

Rabbi Eliyahu Dessler, a twentieth-century teacher of Jewish thought, wrote of such people, “Even the little that they do give is not true giving. It has its roots not in good–the faculty of giving–but in evil–the faculty of taking. All their desires and thoughts are immersed in taking. If they give, it is only with the object of taking sevenfold in return.”

Each time I had a baby, other members of our synagogue sent us “chessed meals,” dinners prepared for our family to ease our first week with our new member. Each meal would show up at our door between five and five-thirty in the afternoon, ready for us to sit down and eat at our convenience.

One meal stands out from the rest. Mid-week following the birth of our third child, five-thirty had passed, and there was no food. By six o’clock, my preschoolers started clamoring for dinner. My husband was poking around in the fridge to find something to prepare when the phone rang.

I was nursing, so my mother answered the phone for me. I heard the muffled sounds of her voice from the next room, then she came to my bedroom door. “It’s Marianne, phoning about your dinner. It’s ready but it’s at her house. Can you pick it up?”

Could I pick it up? Really?

Daniel popped up behind my mother before I had a chance to answer. “Just tell Marianne I’ll be there in 10 or 15 minutes.”

My mother did as my husband asked, then hung up and attended to our hungry preschoolers. Daniel put away the food he’d found in the fridge and drove off to Marianne’s home to collect our dinner. When the food finally arrived, I grew still more aggravated. The noodles in the baked ziti–the third baked ziti we’d received that week–were overcooked and starchy. There was no vegetable side dish.

I ended up eating cold leftovers from the previous day’s meal.

Had I received an explanation or an apology, I would have forgiven Marianne readily, but she never offered either. It took me a while to overcome my resentment, but I did. I’m sure something stressful must have happened in her house that day–an urgent issue with one of her kids, something breaking in the kitchen, an ailing parent. Perhaps, she was pressured by the organizer of those meals to prepare a meal on a night when it wasn’t convenient for her. Or maybe she asked her husband to drop off the meal and then he forgot.

Little does she know that she gave me a model of how not to give.

I’m often too busy or on too small a budget to buy gifts, at least pricey ones. However, I can emulate the givers of my favorite, most treasured gifts by matching what I offer with what my recipient wants. If someone needs a listener, I can listen. If I’m at the library, I can pick out a book as a “pick me up” for my kid who is having a rough week. When I’m at the store, I can buy an item I know is a favorite of my husband.

There are always those “social gifts”–the $18 check for a neighbor’s bar or bas mitzvah or the item purchased off a wedding registry–that are less than perfect. While I haven’t mastered the art of giving yet, I like to think that when I offer my gifts, I’ve successfully bestowed a bit of happiness upon them.

Inspirachel Nugget: Transition Lenses And The Argument For Awe