Triumph of an Unbreakable Spirit 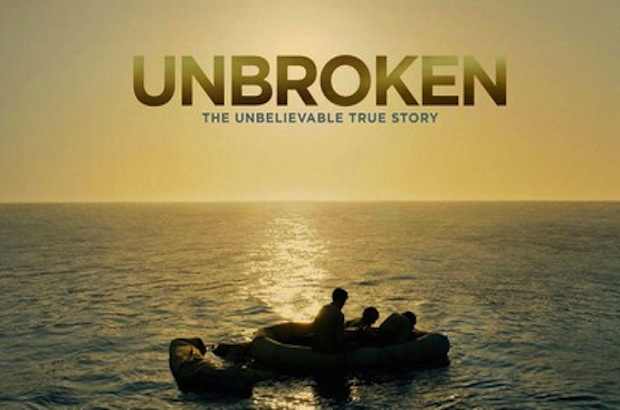 I found myself celebrating Easter this Christmas, and I was quite moved by the experience. No, my calendar was not off; I’m not even Christian. So what was going on? I went to the December 25 opening of the new film Unbroken.

Directed by Angelina Jolie, the feature film was my first exposure to the true story of Louis Zamperini, the Olympic runner, American soldier and World War II POW.

Indeed, I’m one of the few people who never read Lauren Hillenbrand’s bestseller Unbroken: A World War II Story of Survival, Resilience, and Redemption. (I now plan to read it!)

What I mean by “celebrating Easter on Christmas,” and what I feel everyone can find inspiring about this drama, is that like the Easter story, this is a saga of one man’s suffering, his survival of things that “should have” killed him and his ultimate redemption.

Zamperini, who passed away earlier this year, was not the second coming of Jesus – nor would I suggest that he was. I simply knew, as I sat in that theater on Christmas, that apart from any theological or religious claims, it is always good to be inspired by stories of those who lived beyond the bounds of how things will reasonably play out, choosing instead to live as they hope and desire things will play out. That is a sacred story, wherever it is found.