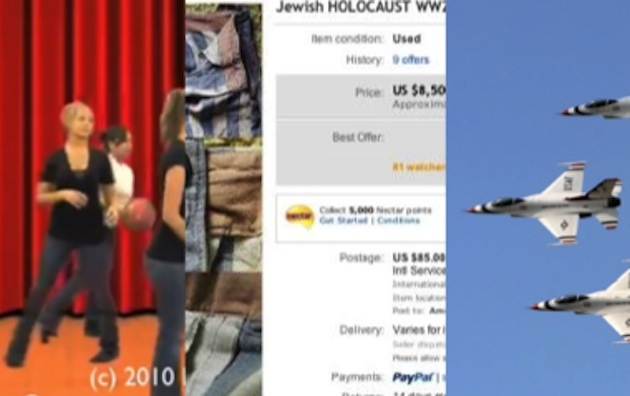 In case you missed them earlier in the week, here are the top three stories from The Wisdom Daily for the week ending November, 8, 2013.

The United States Air Force has decided to make God an option; at least as far as the service or enlistment oath is concerned.? The oath is older that the United States itself, dating back to June of 1775, and has been administered in its current form since 1962… READ MORE

As the 75th Anniversary of Kristallnacht approaches, Holocaust-related stories surface more often and resonate more deeply.? Of particular note is Ebay making Nazi artifacts available for sale. As the last survivors of the Holocaust perish, the ethics of memory — what this story is really about — becomes entirely our question to deal with…? READ MORE

Before you read on, watch this video that was an Internet sensation. I guarantee you will be surprised… WATCH NOW